Renewable Energy for your Company

Welcome to PV² Energie Philippines, Inc. - your best partner for Commercial and Industrial Solar Energy Projects in the Philippines

Save 30% of your energy costs with your own solar energy

We can design and install a turnkey Solar installation for you. Electricity generated by the Solar PV system can be utilized to meet your own needs or sold to the local grid operator.

Choose the way you earn from your roof

Talk to us about our lease options - earn from your roof by renting it to us or lease our solar power plant and start using cheap electricity .

PV² Energie is a solar energy project developer headquatered in Germany with offices in the Philippines, located in Alabang Metro Manila. The company is  specialized in building rooftop and ground-mounted solar systems. The company plans, builds, finances and operates solar plants on open spaces as well as on roofs of commercial, industrial, agricultural or public buildings. PV² Energie is one of the most experienced solar companies in the Philippines and also has significant knowledge of the wind and biomass energy sector.

In 2005 the two share holding associates Chris Hannen and Phillip Küpper initiated project planning and execution of projects in the area of renewable energy. Thus, by the end of 2010 numerous solar and wind power stations had been erected. In March 2011 the two entrepreneurs founded PV² Energie GmbH. It was the vehicle for incorporating the growing business activities – both domestic and foreign – within the framework of a limited company (GmbH).

Given the company’s cumulative experience gained in many solar, wind and biomass projects, PV² Energie is the right partner for your renewable energy project! 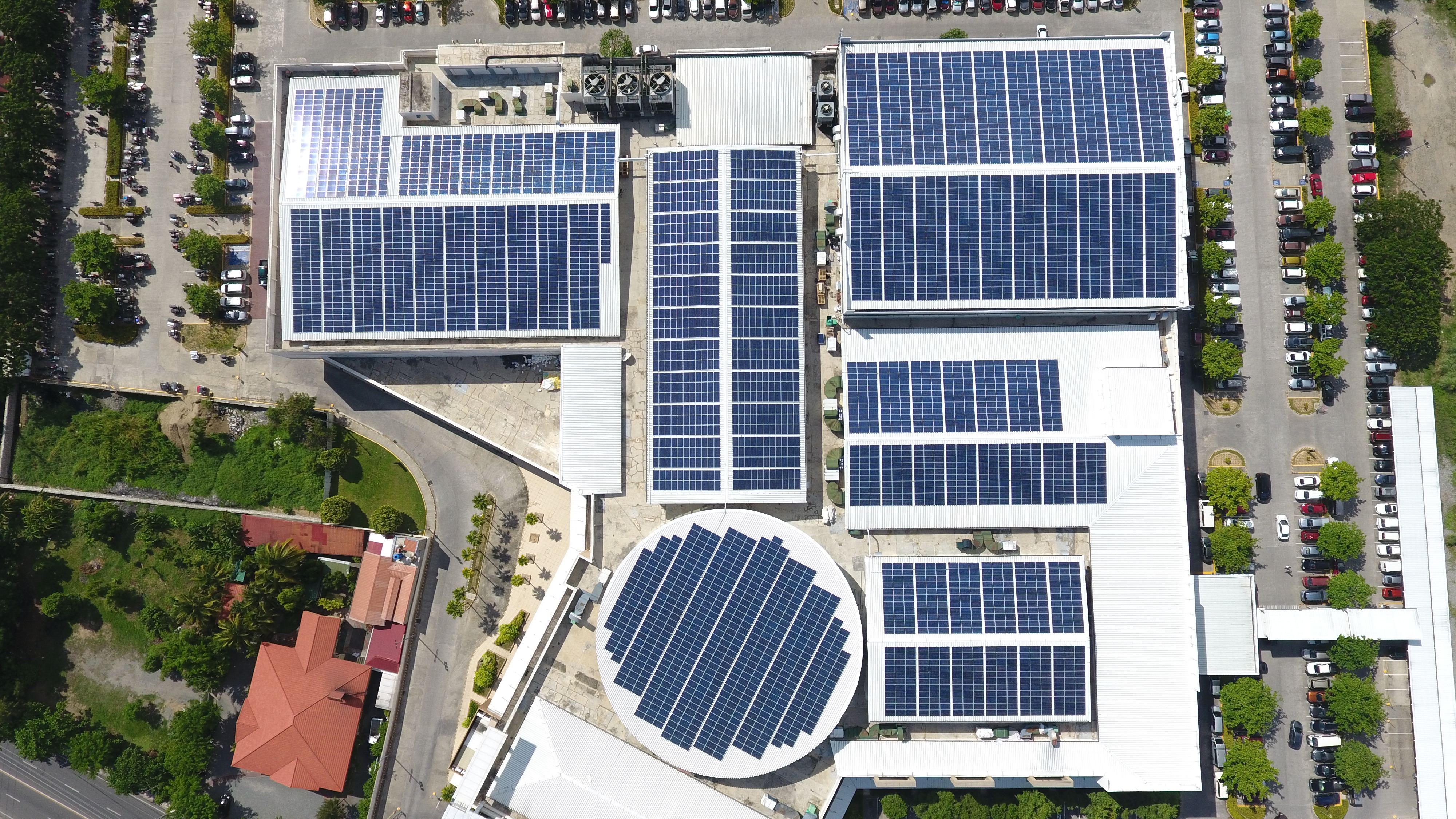 Lower your power costs – we supply you with low-cost solar power for your company. The electricity is produced right where you are – by a solar power plant that we install, operate and fully finance. Our energy supply is cheaper than the power you have been getting from your current suppliers.

Cut your power costs with no upfront payment

Lower your power costs – we supply you with low-cost solar power for your company. The electricity is produced right where you are – by a solar power plant that we install, operate and fully finance. Our energy supply is cheaper than the power you have been getting from your current suppliers. 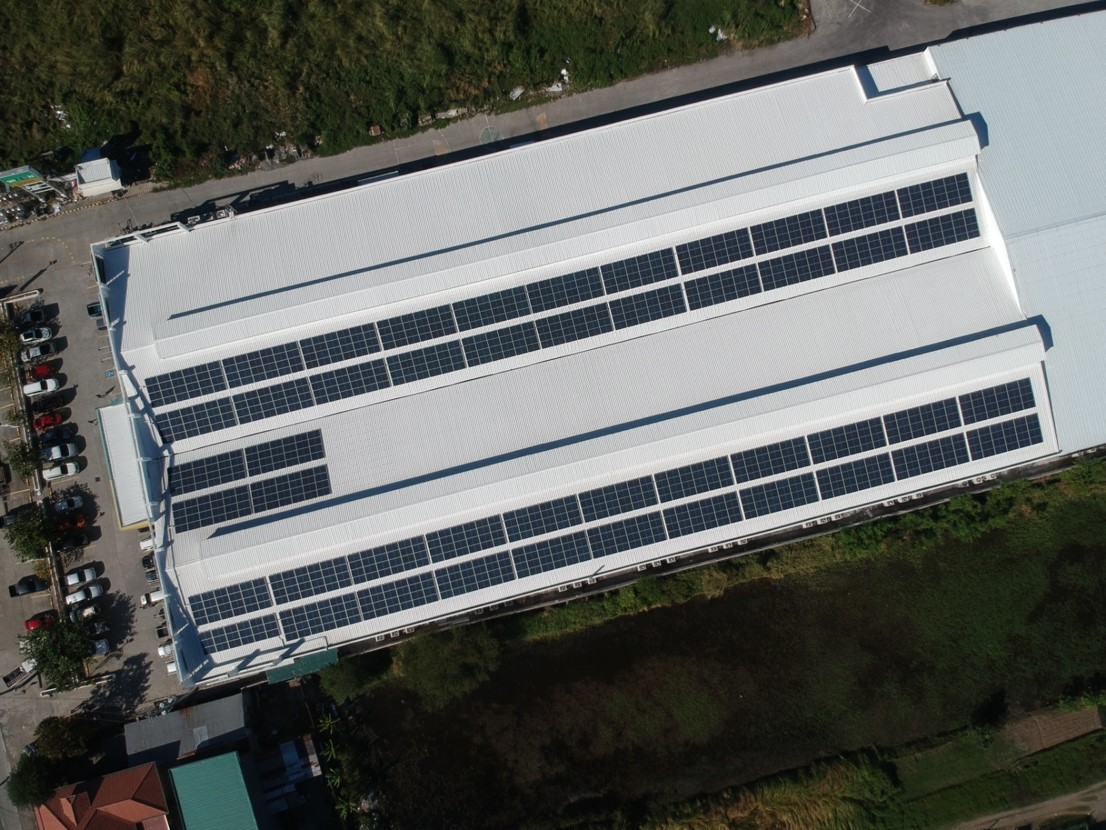 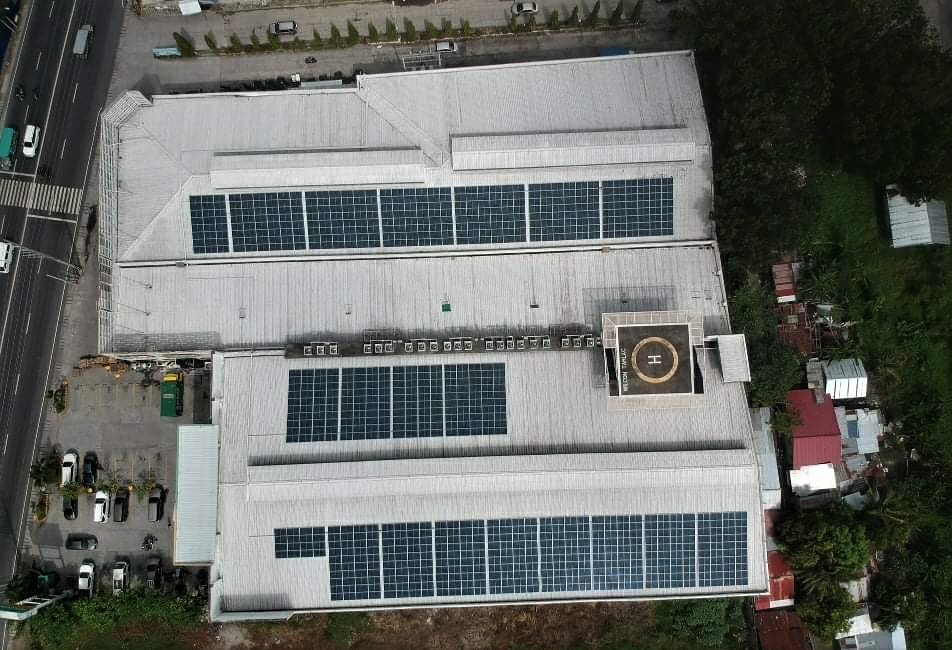 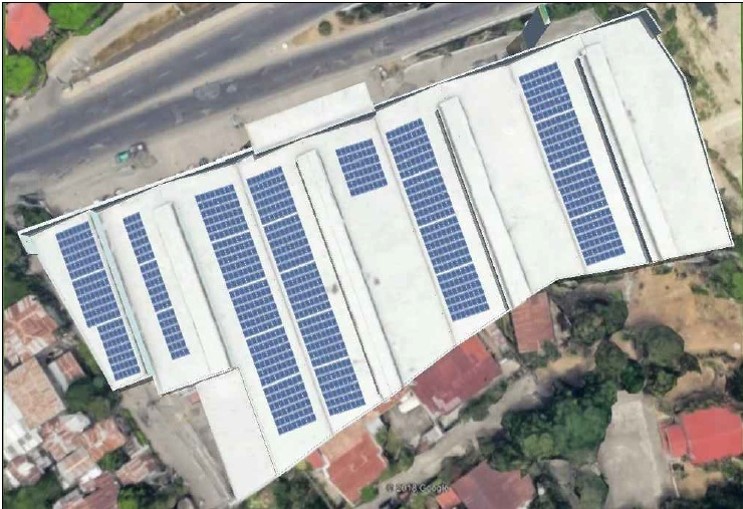 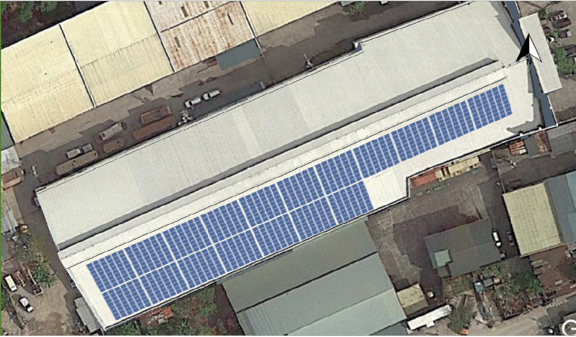 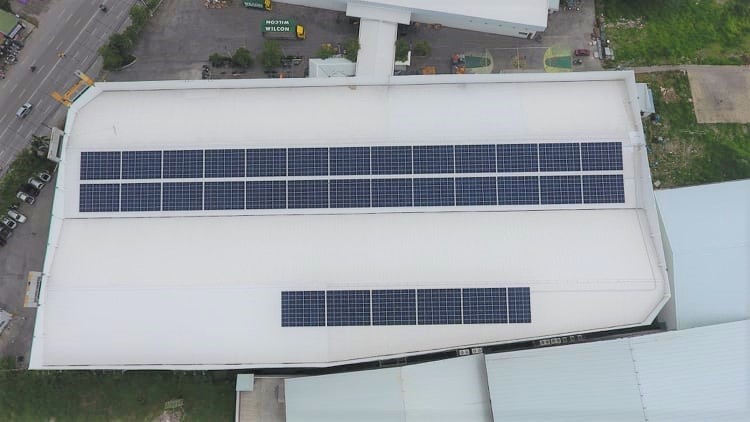 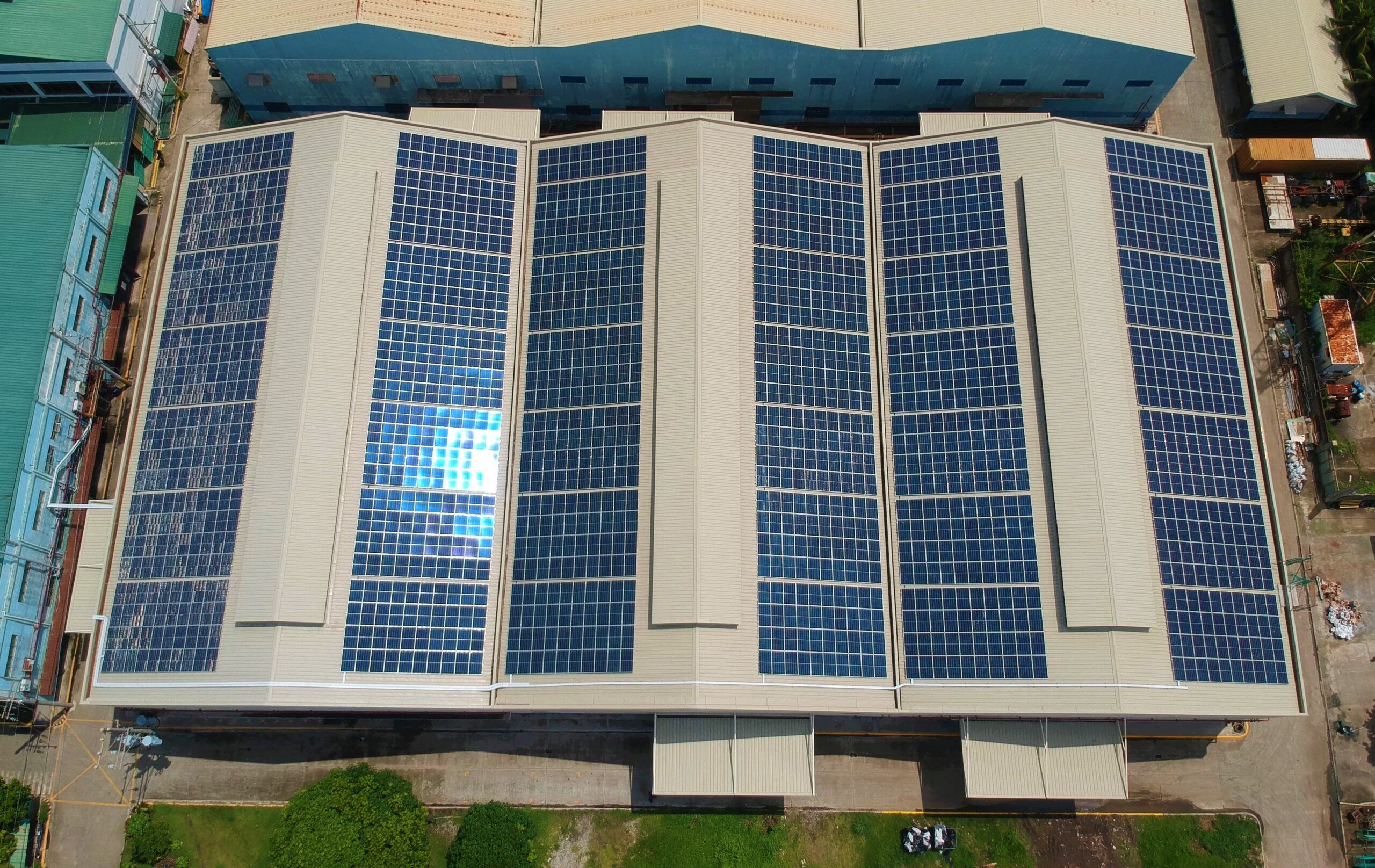 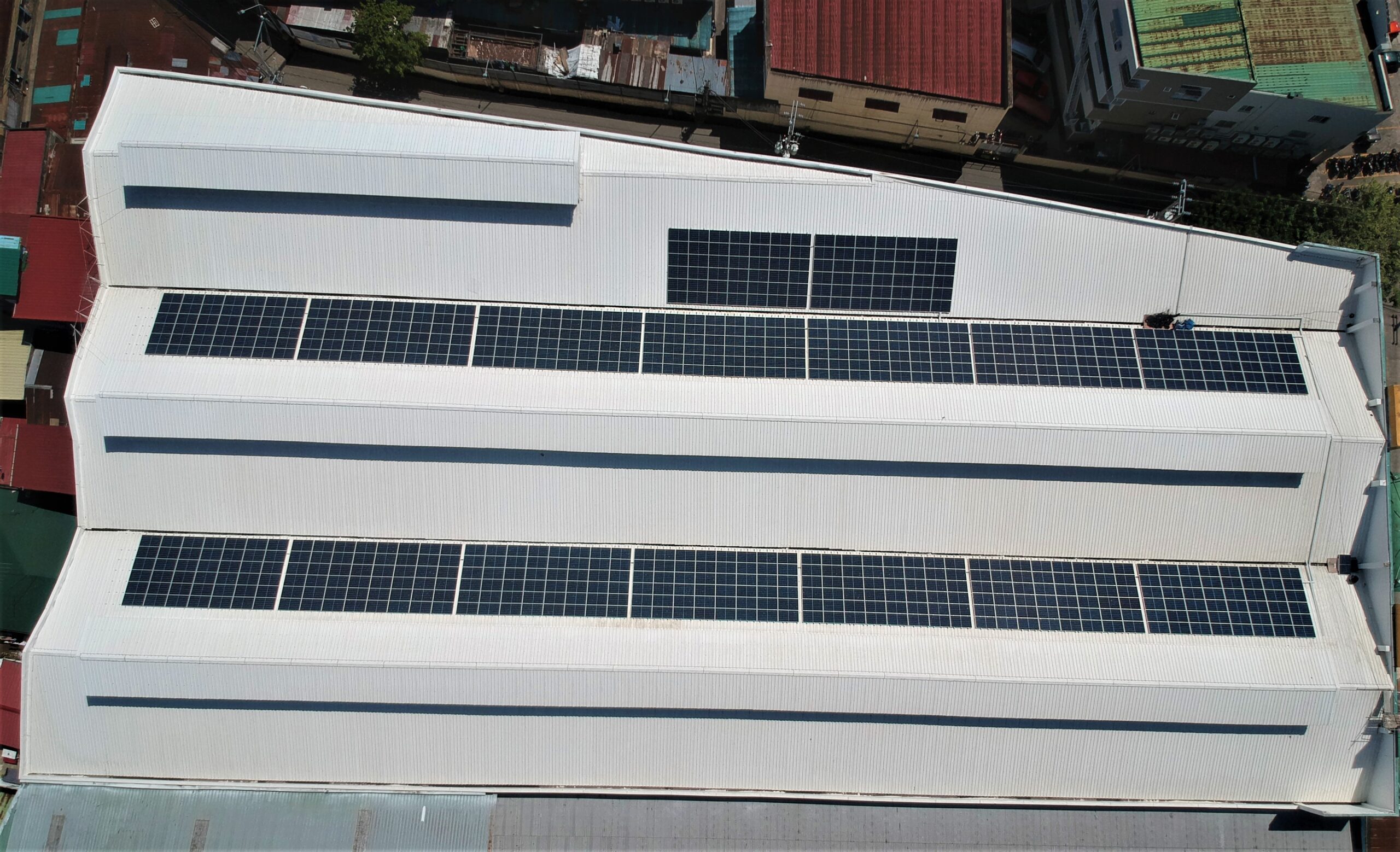 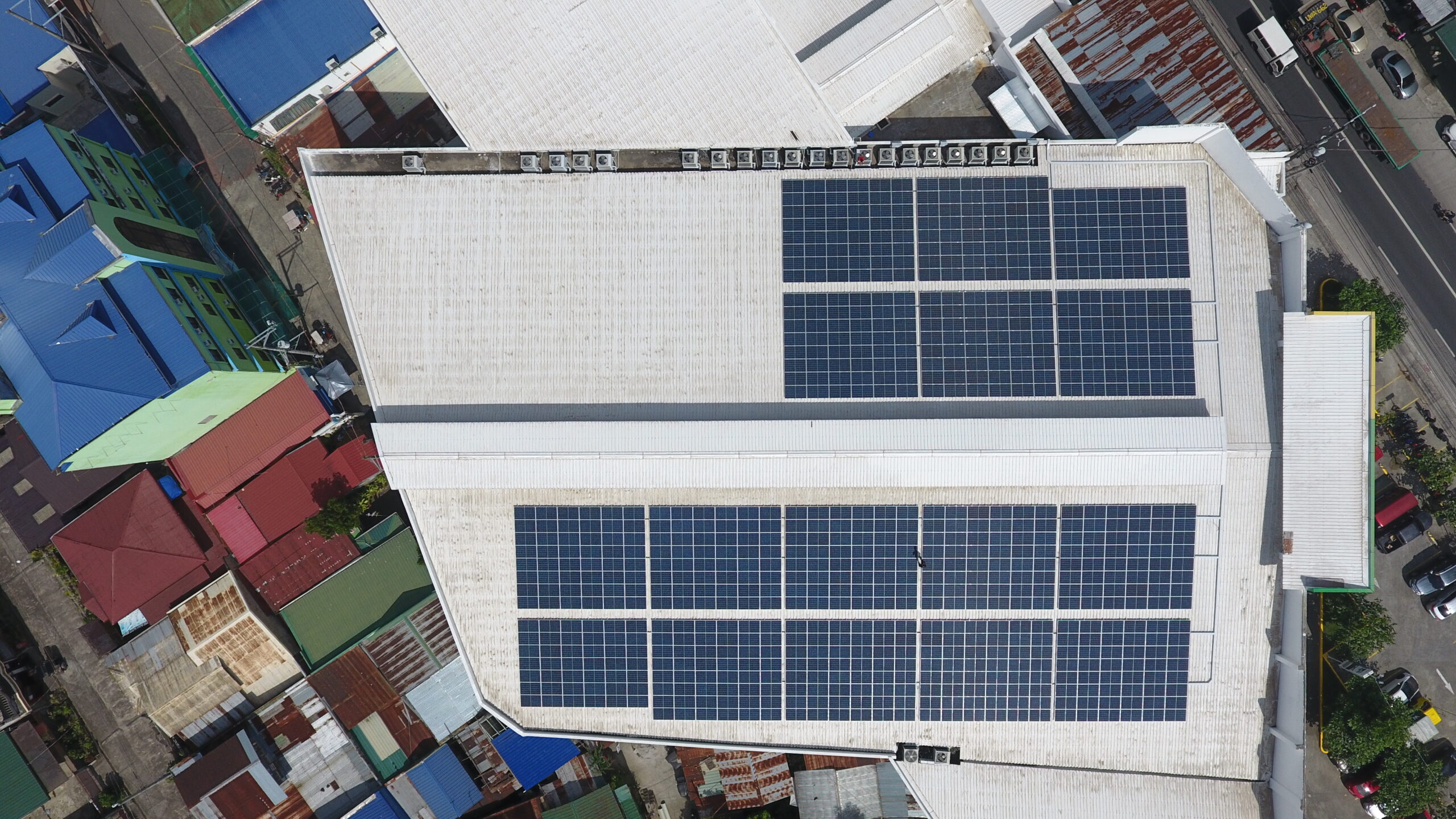 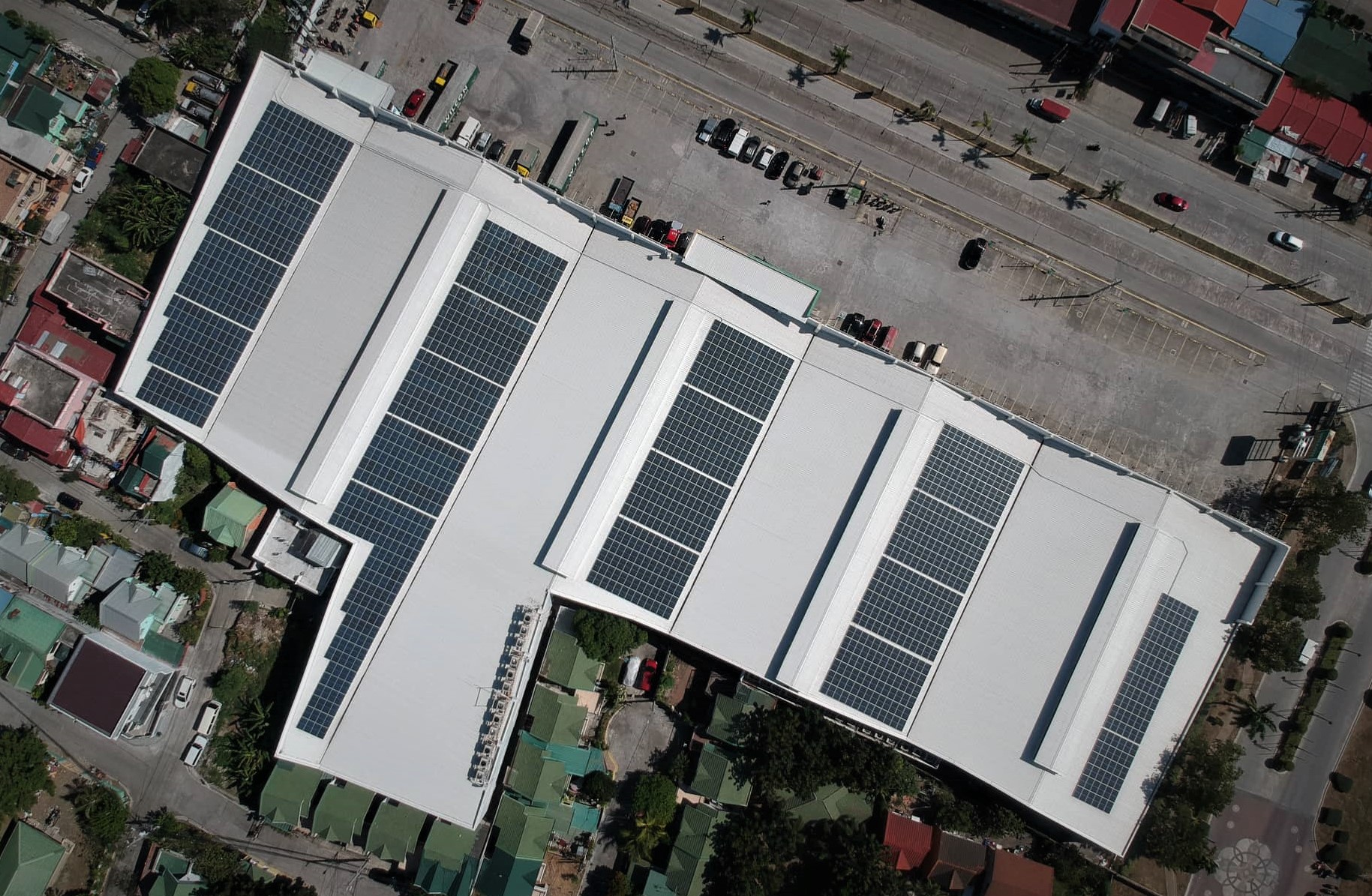 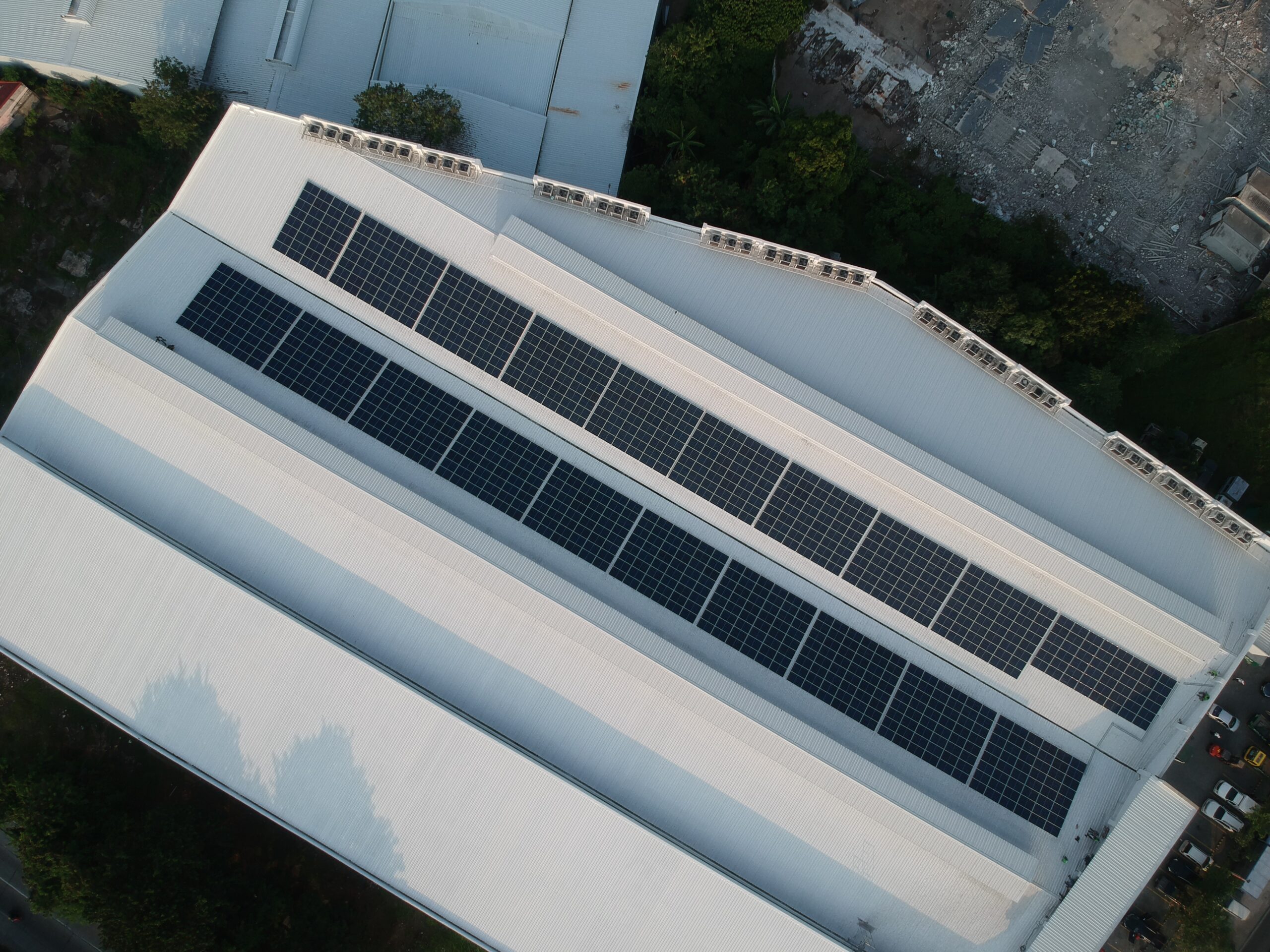 How does
a solar power plant
work? 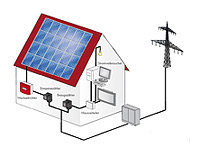 A solar system (also called PV system or photovoltaic system) converts sunlight into electrical current with the help of solar cells. Solar systems consist of solar cells, inverters and a substructure with which the solar cells are mounted on the roof surface.

As soon as sunlight hits the solar cells, a direct current is created in the silicone wafers of the cell. The direct current (DC) flows to an inverter that converts it to alternating current (AC) with a voltage of 230 volts.

The electrical energy thus produced is utilized by the consumer where the solar system is installed. Alternatively, power can be fed into the public power grid and sold to the local grid operator in terms of the feed-in-tariff program as mandated by Republic Act 9513 also known as the Renewable Energy Act of 2008.

Solar installations with a capacity of 100 kWp and below can also participate in the Philippine Net Metering Program wherein excess power generated by the system will be fed into the local distribution utility and the end-user will receive credits to offset his future electricity bills. 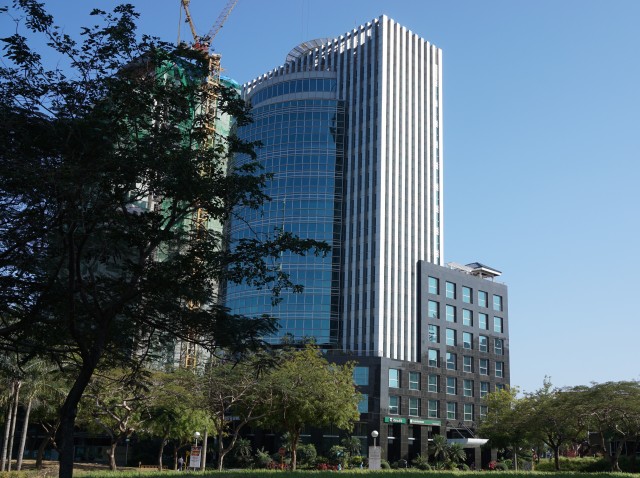 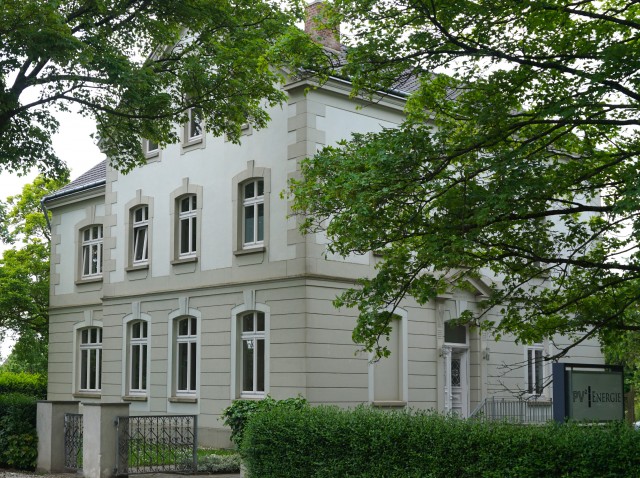 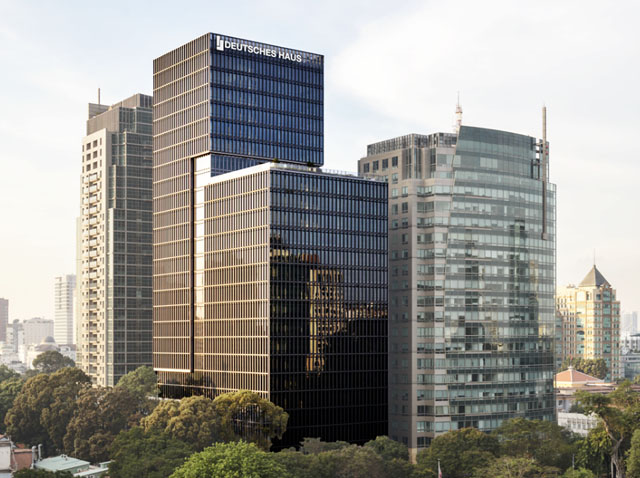